Quick and easy soup to make!

2. On stove, heat the bacon fat until hot and stir in flour to make a roux. Stir constantly until it turns a nice light brown color. Add the evaporated milk and stir. It will thicken quickly!

3. Pour roux into crock pot, add sour cream and cheese and stir. If you want thicker soup, you can break up some of the potatoes before this step. Cook on high for 15 minutes to combine flavors.

4. Ladle and garnish with chopped chives, if desired. 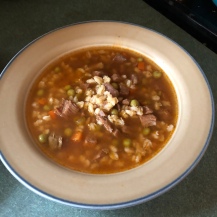 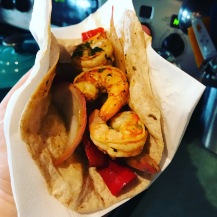 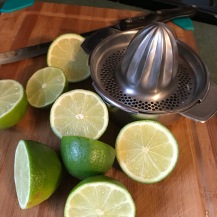 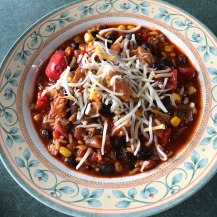 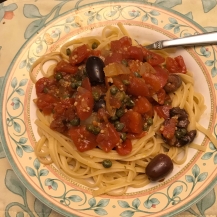 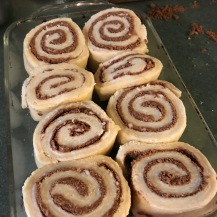 Don’t crowd your buns into the pan…they can touch though
OMG! I *love* to eat!!!

Isn’t it the greatest thing on Earth?

Over the years, I’ve posted a lot of my favorite recipes on this blog, but I do realize that sometimes all those awesome recipes get a little lost with all my Cricut crafting.

Hence this Recipe Round Up!

Each recipe is linked to this index, so feel free to bookmark this page!  I will update it as I add more recipes!

ON TO THE FOOD! 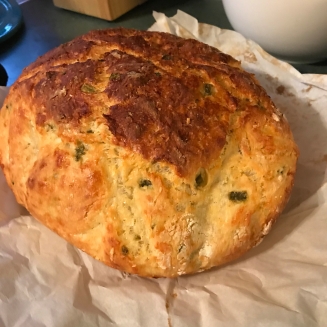 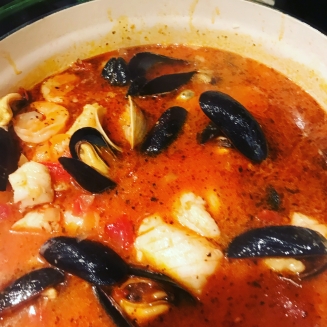 Completed Cioppino ready for the bowl 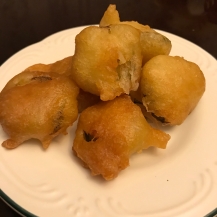 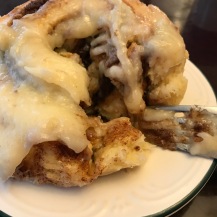 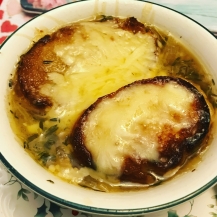 Beef Stew in the Dutch Oven

Chicken Stock in the Dutch Oven

Crusty Bread in the Dutch Oven

Italian Bread in the Dutch Oven

Lazy Lasagna in the Dutch Oven

Make Your Own Pizza Dough

Make Your Own Sushi Rice at Home

Rib Eye in the Dutch Oven

Whole Chicken in the Dutch Oven 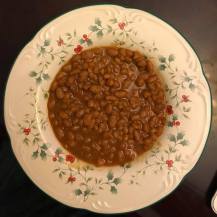 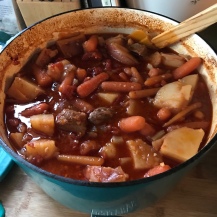 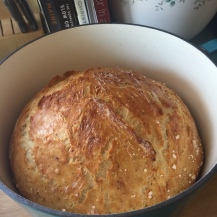 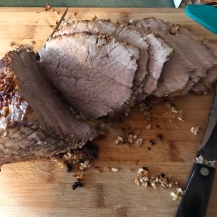 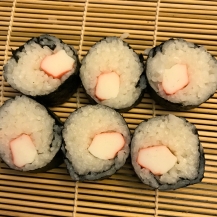 You, too, can make your own sushi! 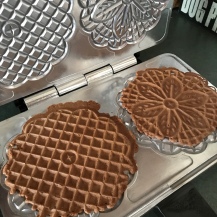 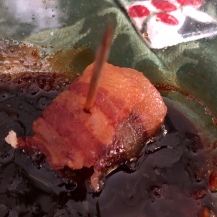 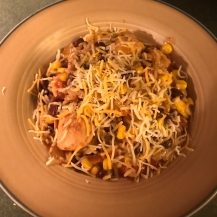 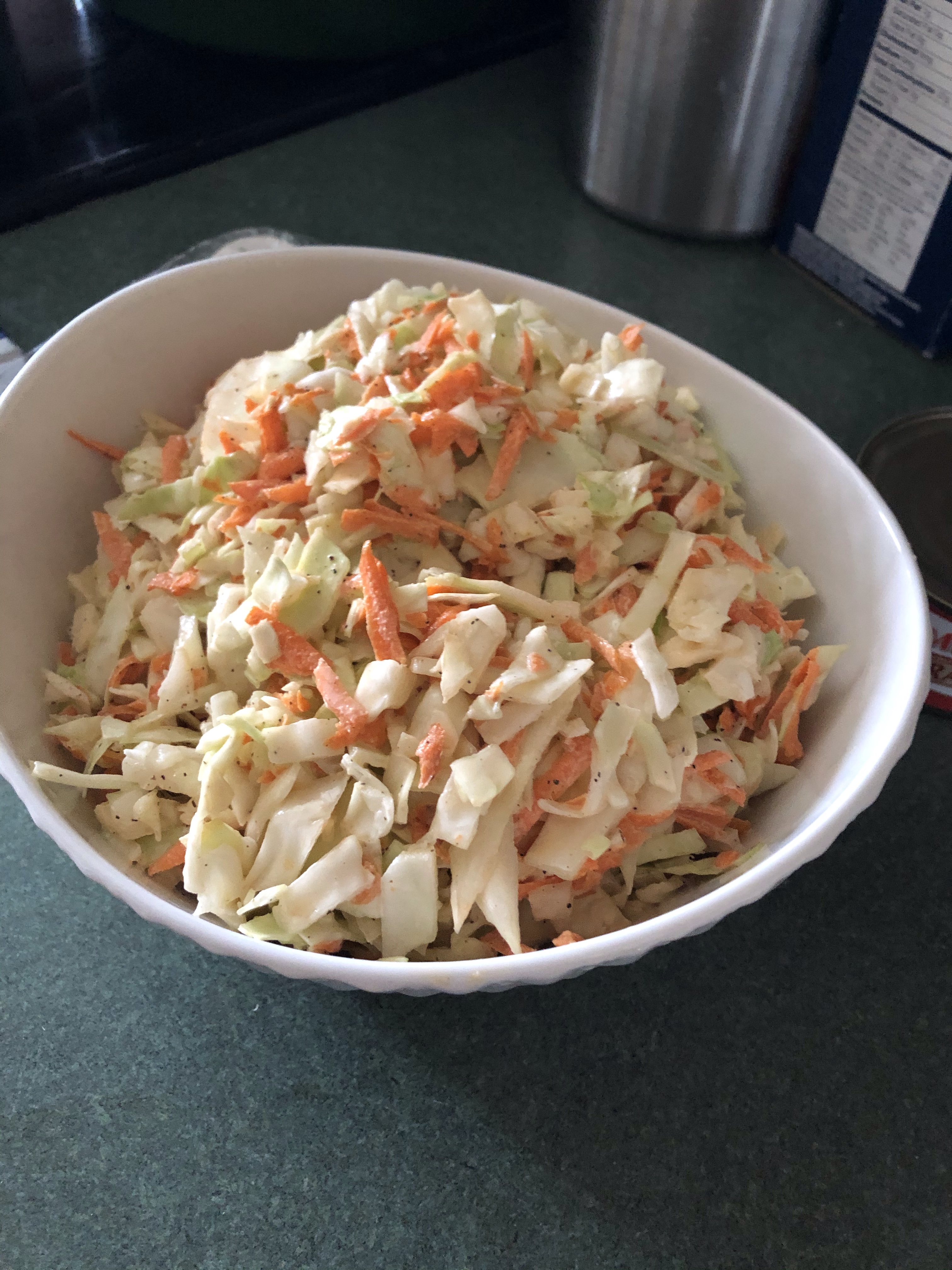 You can make your own coleslaw in minutes, without preservatives or unnecessary ingredients. Very old school recipe that can be tweaked, of course, but this is the classic. Economical, delicious and filling! Great with BBQ pulled pork or as a side for chicken!


Step 1:
Grate carrots
Halve the cabbage and slice as if chopping an onion or shred with grater, if you prefer
Combine and set aside

Step 2:
In separate bowl, whisk together mayo, sugar, lemon juice, vinegar, salt and pepper until creamy. Drizzle over cabbage and carrots. Mix with spoon. Cover and chill so that flavors combine (at least 1 hour).

Recipe can be doubled and you can adjust the seasoning to taste. 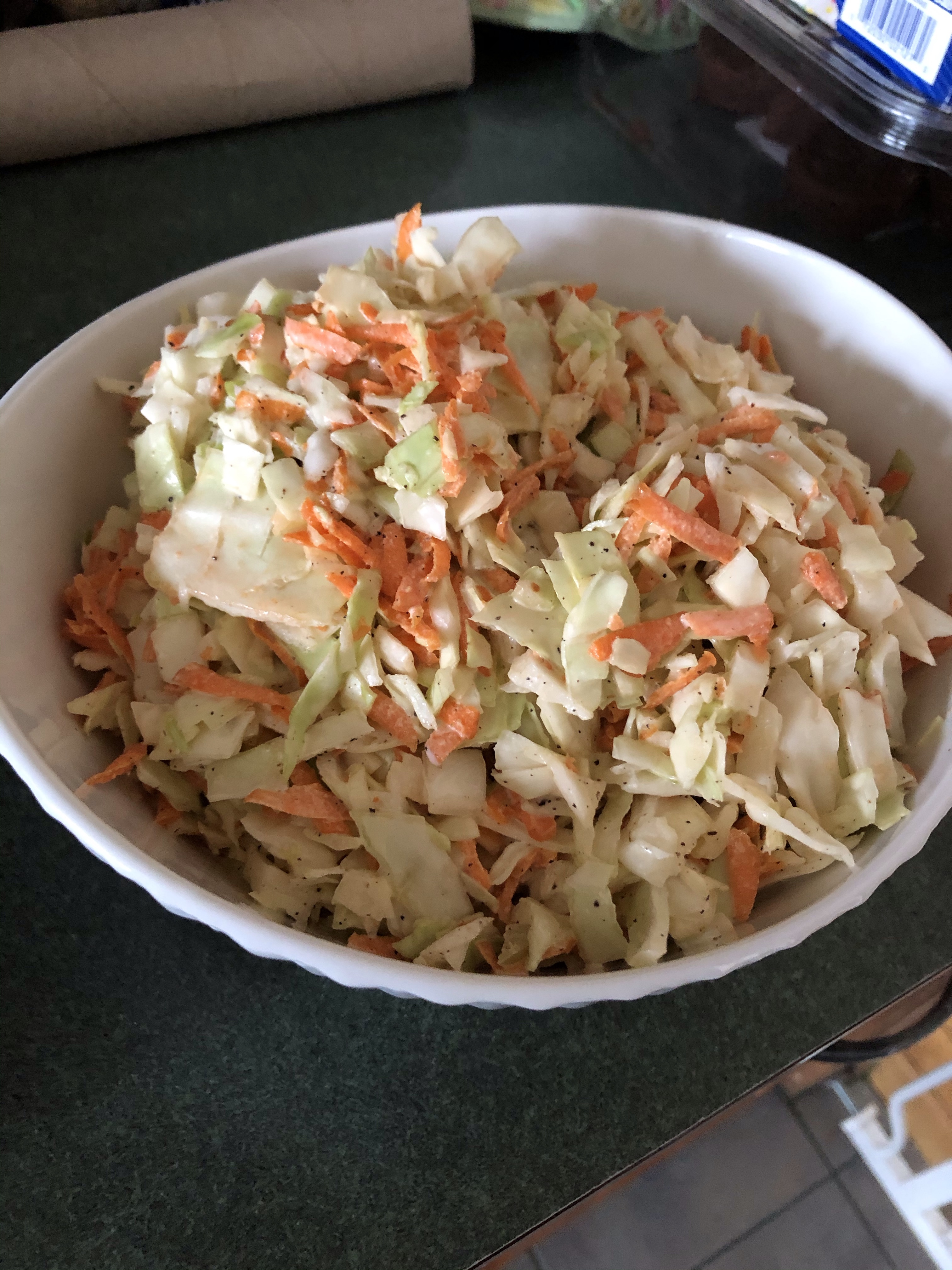 This is simple to make and can be baked or fried or cooked in the air fryer! 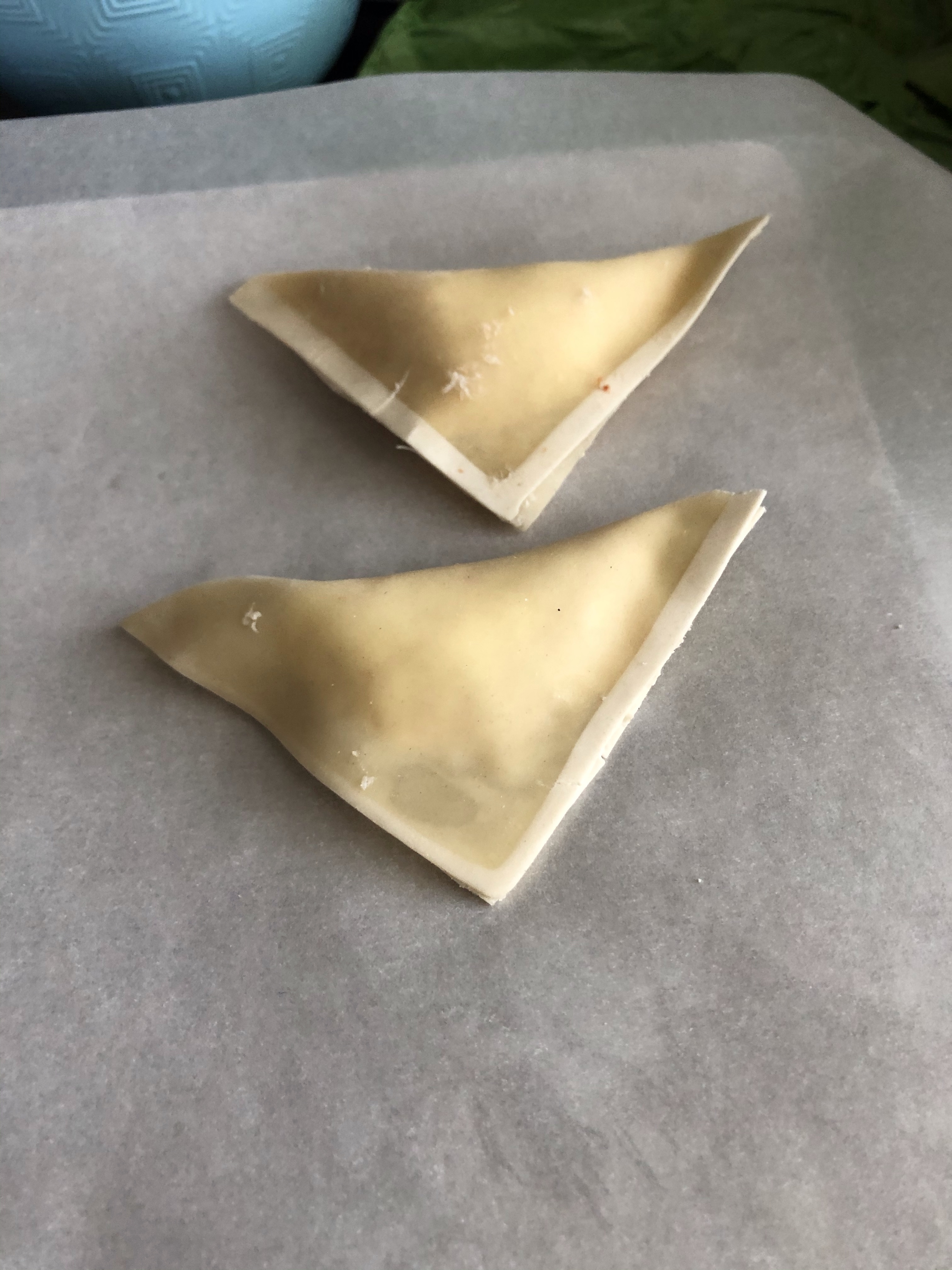 Step 2:
Place a teaspoon size of the filling in the center of the wrapper and close. You can do them as triangles, crowns or pope hats (like tortellini), making sure to close the edges well. You can do that with a tiny bit of water or beaten egg white. Keep finished ones covered with a damp paper towel so they won’t dry out. Also cover your pile of wontons as you are working if you aren’t working fast. If they dry out they won’t close and may open with cooking.

Step 3:
You can cook these in several ways. Bake them at 425 degrees for 12-15 minutes, spraying lightly with cooking spray and turning.

You can also use an air fryer; coat lightly with spray to get crunchy edges. OR you can fry these the traditional way.

When frying in a deep fryer, don’t allow your oil to get too hot and cook them in batches. They will puff up as they cook.

Perhaps you may think there is no earthly way to improve upon a Cinnabon.

But I’m hear to tell you it’s possible and I’ve done it, too!

How could I improve on what could be the most decadent food on the planet–the Cinnabon?  By adding bacon, of course!

Tell me who doesn’t like bacon? Or maple flavoring? By combining bacon and maple with my already over-the-top Cinnabon-style Buns I have managed to create the perfect mashup!

And the cool thing is this recipe doesn’t require that much extra work!  Just sprinkle crumbled bacon on the filling before rolling and substitute maple for the vanilla.

The results are simply divine!

ICYMI (In case you missed it) I posted my original Cinnabon-style recipe on my blog before.  You can find it here: Cinnabon-Style Cinnamon Buns

The recipe below includes the additions that make them Bacon-y and Maple-y.  But, hey, if you don’t like bacon…just leave it out!

For the cream cheese icing: 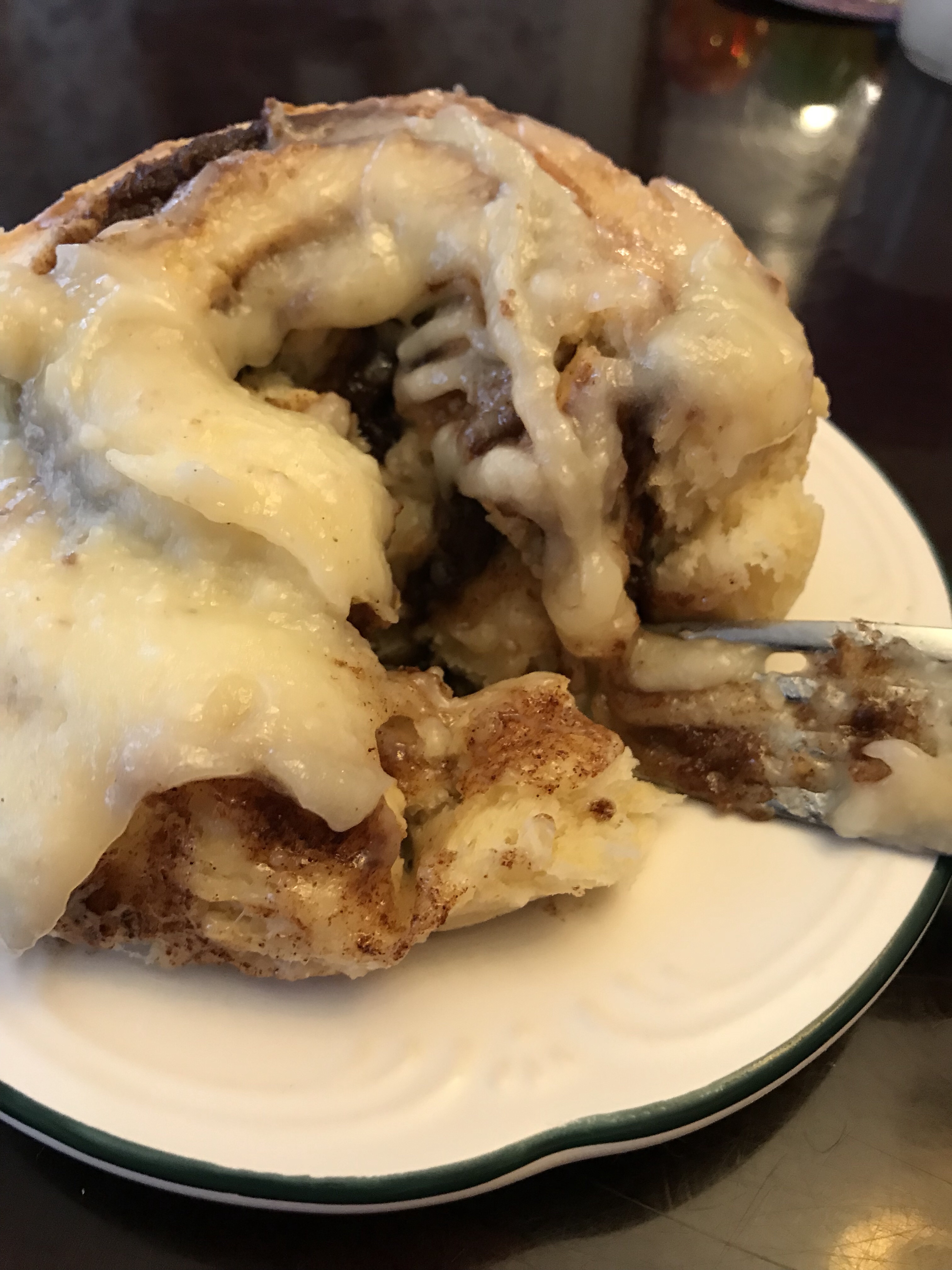